Bid to win a poster from the 2019 SPAC shows signed by the band! 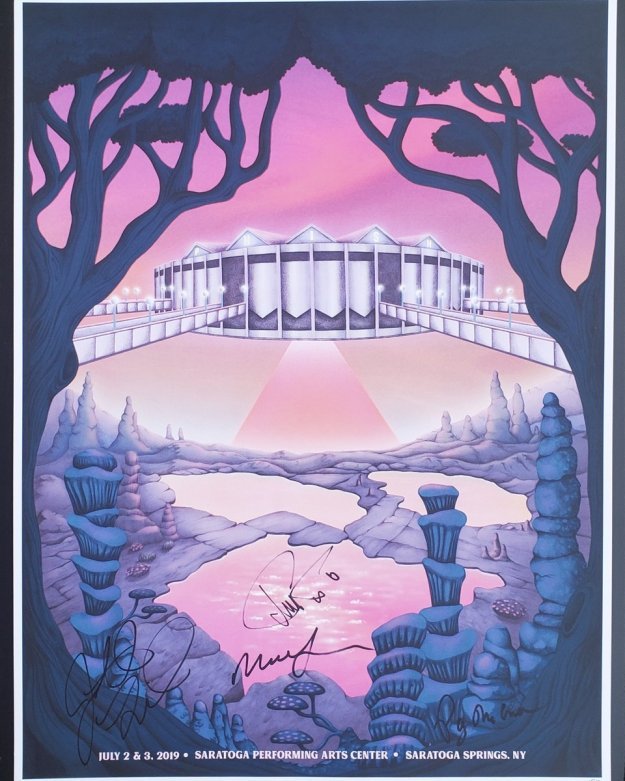 Bid to win a poster from the 2019 SPAC shows signed by the band. Proceeds from this auction support Chris Evert Charities and their mission to provide prevention and intervention programs to eliminate drug abuse and child neglect.

Rolling Stone described Phish as “the most important band of the ’90s” who spawn a new wave of bands oriented around group improvisation and extended instrumental grooves. Phish is known for musical improvisation, extended jams, blending of genres, and a dedicated fan base with sales of  over 8 million albums and DVD’s. Their music blends funk, progressive rock, psychedelic rock, folk, country, jazz, blues, bluegrass, and pop. The group released Sigma Oasis — their 15th studio album — in April 2020.